Are you confused about how often you should be having a Pap smear? Do you know what it is, or why we do them?

Midwest Center for Women’s HealthCare has the answers!

What is a Pap Smear?

Pap smears are screening tests for cervical cancer and precancer. During your exam, your doctor will take a gentle sample of the loose cells on the face of, and just inside of, your cervix.

A pathologist will then examine these cells under a microscope for any cancerous or precancerous changes.

Please remember that every pelvic exam does not necessarily include a Pap smear. Pelvic exams can be done without any laboratory testing, and they can also include different laboratory testing such as screening for sexually transmitted infections (STIs). At each visit, your provider will make clear what tests are being run, and why.

What causes cervical cancer? Why do we need to screen for it?

Cervical cancer is caused by the Human Papilloma Virus (HPV). HPV is widespread, with over 80% of adults having been exposed to it through sex at some point in their lives. Most of the time, our immune systems fight HPV off like it would any other virus. But, sometimes, it can’t. Many women will only experience mild precancerous changes on the cells of their cervix that their body will reverse in a year or two. However, in some women, these changes will progress. Over 5-20 years these changes can lead to cervical cancer without intervention. Luckily, with regular checkups at Midwest Center for Women’s HealthCare including Pap smear screening when appropriate, your providers can intervene and prevent cancer from developing.

Do Pap smears test for anything else?

When testing for cervical cancer and precancer, your provider can run additional tests at the same time for STIs like gonorrhea, chlamydia, and trichomonas. Depending on the lab that your insurance company requests that we use, we can often even use the same sample! However, every patient is different so please discuss your specific testing preferences at each visit.

Don’t I need a Pap test every year?

Probably not. While we recommend an annual exam for most women, that does not have to include a Pap test each year. Back in the 1940s, when this test was developed by Dr. Georgios Papanikolaou, doctors recommended yearly screening. Partly that was because the test wasn’t particularly sensitive – the technology at the time was such that the false negative rate was much higher than it is today. In other words, abnormalities were often missed, so they needed to do the test more frequently in order to catch those abnormalities. In addition, we were still learning about the natural history of this disease. Today, we have much better imaging (liquid based technology instead of those gunky slides we previously used) and we are also able to concurrently test for HPV.

Even with normal looking cells, if your pap test consistently shows HPV, your doctor knows to look a little further. Also, today we know a lot more about cervical cancer and how it develops.

So, what are the guidelines?

We start Pap testing at age 21; no need to test sooner, regardless of sexual activity. In your 20s, we recommend testing every two years, assuming the pap tests are negative. In your 30s and beyond, our guidelines recommend the Pap test plus an HPV test to be done every 3-5 years. Assuming your Pap tests continue to be reassuring, current recommendations are to consider stopping Pap smears (or “graduating from them!”) between 65 and 70 years old.

What if I want one anyway?

Talk to your doctor. Consider in advance questions such as What will we do with the results? What are the risks of false positives? False negatives? Over-intervention? Like any part of medical care, this is a careful discussion between doctor and patient.

How do I prevent abnormal Pap smears and cervical cancer?

Since cervical cancer and abnormal Pap smears are caused by HPV, that’s where we focus our prevention efforts. To start, the HPV Vaccine is safe and effective against 9 of the most common types of HPV known to cause cervical cancer and genital warts. Getting this vaccine will reduce your risk of cervical cancer and precancer dramatically. Preventing HPV transmission in the first place is also key, so make sure you are using condoms if not in a long-term monogamous relationship. Stay healthy so that your body can fight off the virus if you do get it (like most of us will!). Lastly, don’t smoke, as that greatly impairs your body’s ability to fight the virus. Please know that if you have an abnormal Pap smear it shouldn’t be something to worry about – just something important to follow up on. 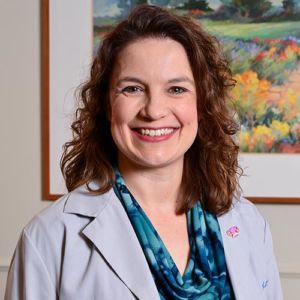 Cheryl Axelrod, M.D. provides comprehensive gynecological services and obstetrical care to patients in our Skokie office and maintains hospital affiliations with NorthShore University HealthSystem.  A Board Certified OB-GYN, Dr. Axelrod earned her medical degree from the Johns Hopkins University School of Medicine and completed her residency at The University of Chicago Hospitals. One day a week, Dr. Axelrod teaches and supervises medical students and residents directly in labor and delivery at Evanston Hospital.

Change Location
To find awesome listings near you!

During the COVID-19 pandemic, we have implemented new procedures to ensure the health and safety of all patients, staff, and physicians.

We are here to support you during this unprecedented time. If you have any questions, please contact us.